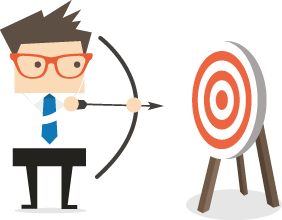 Depending on your target b2b audience twitter can be a really great source of insight and opportunity.

Using the list feature in twitter you can quickly create streams of your target audience to review on demand.

Since there is no corporate affinity on Twitter (like there is on LinkedIn) it can often be hard to find the right people. However once you do, a list is a great place to save them for later engagement.

It is also fair to say that the number of senior figures online is growing as the value of digital brand grows in b2b organisations.

What is the value and how does this play a role in ABM? ABM is all about 1-2-1 engagement and being focused with your approach. Twitter can often bring out a personal side of an individual (perhaps they like running) to influence through liking and since 'being followed' is still quite novel just that nudge in the app will often make someone look at your account.

Following on from saving the user to your list and following them. You can then begin to engage with their tweets, perhaps comment, retweet or even use their tweet (when was the last time someone used your tweet?).

I've noticed a number of senior execs often retweet industry/company content too which really does show you what is engaging for them. Similar to a personal conversation they are not very likely to say something that they don't agree with.

The video below shows you how to create a list, it is really simple and I would recommend setting your lists to private otherwise you will have all of your filtered contacts aware of their selection (unless that is the plan)!

Join the buyers' journey earlier as a trusted advisor.
Passle

Communications to Counsel need to be Short, Relevant and Concise according to BT's Litigation Head
Passle

Key Account Management - The next piece of your ABM puzzle: A case study from JLL
Eugene McCormick
repost  cancel